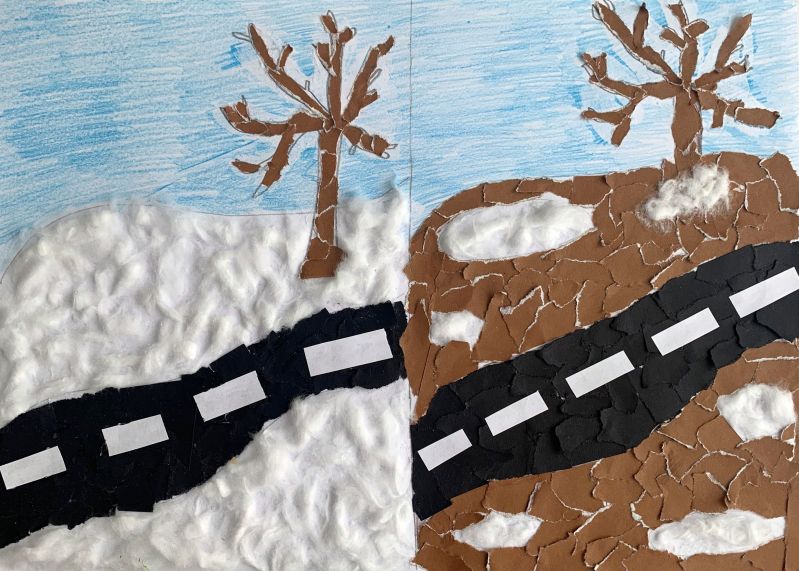 Lithuania’s climate
Lithuania’s current climate is much more changed than it used to be. Winters used to be very cold, there was a lot of snow. The flowers started to bloom during the summer, the weather was not so hot. The birds flew in time. Now we have hot summer days, birds don’t fly in time, the flowers begin to bloom earlier and the temperature rise. 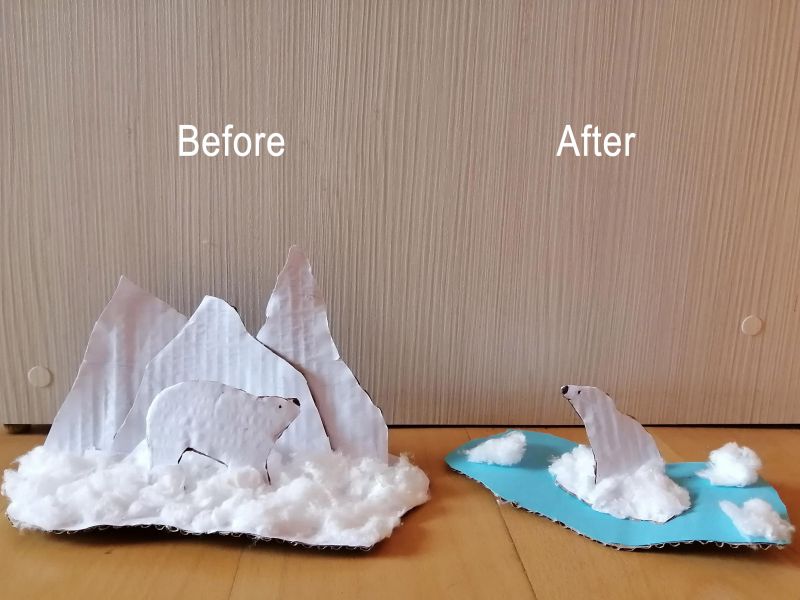 Climate change in Lithuania
The climate has changed a lot these days. There was a lot of snow in the winter many years ago, nowadays there is almost no snow. It started to snow in the spring and summer. The same is true with plants, they begin to grow in the cold season. Flowers, berries and buds began to bloom in winter. 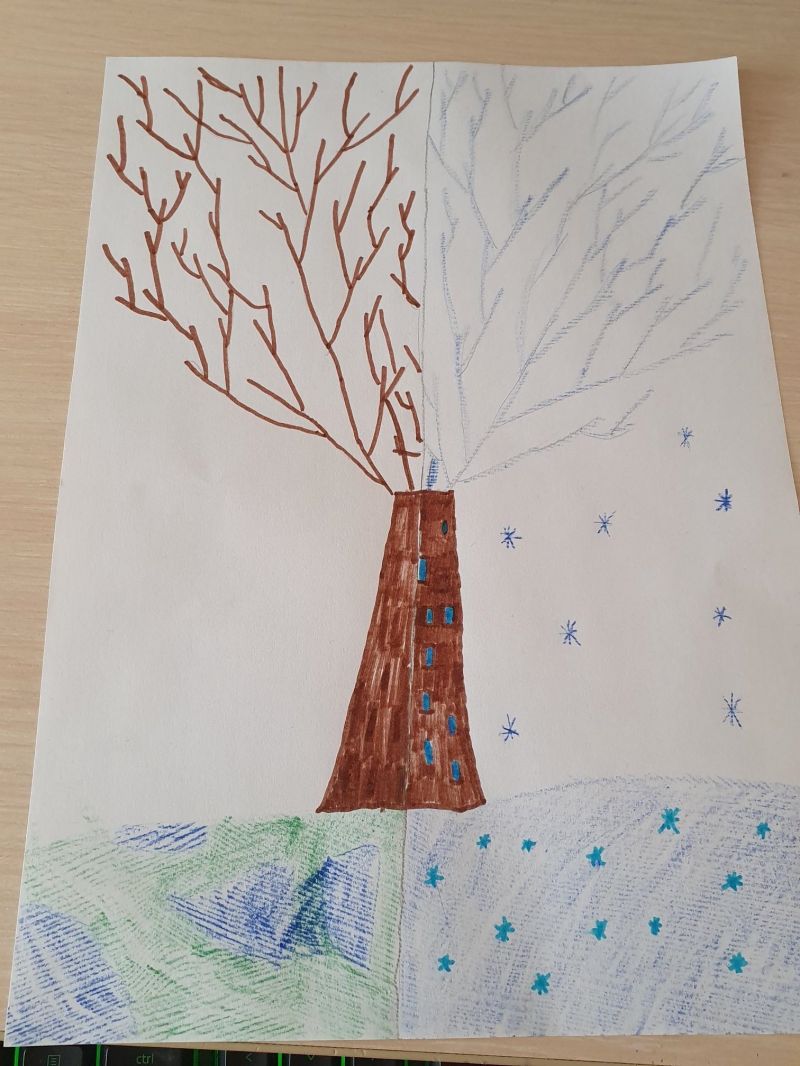 The weather used to be
In the past, the winters were cold and there was a lot of snow. The snow was everywhere and it was necessary to dress vey warmly. All the rivers and lakes were frozen.

Current weather
The climate temperature is higher than it used to be. Winters are not so cold. Summers are hotter, drier and more changeable with rainstorms or huge winds.
Now the weather in Lithuania is very cold but it’s difficult to guess what it would be tomorrow. 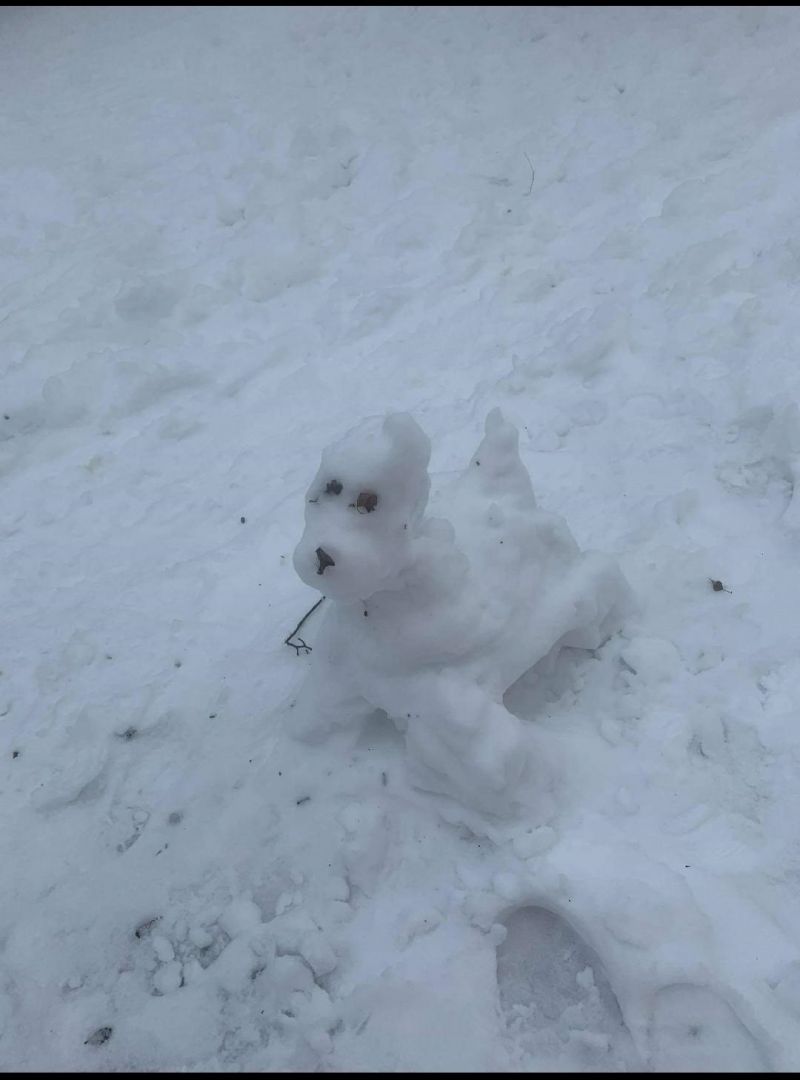 Winters now and before
When my mom and dad were little the world was a bit different. In the winter there was more snow and the summer wasn’t so tropical. This is happening because the sun is heating more atmosphere but not ground and it makes greenhouse effect. Last year there wasn’t any snow and now the summers are tropical. At the day time it’s hot but at night it’s very cold and rainy . 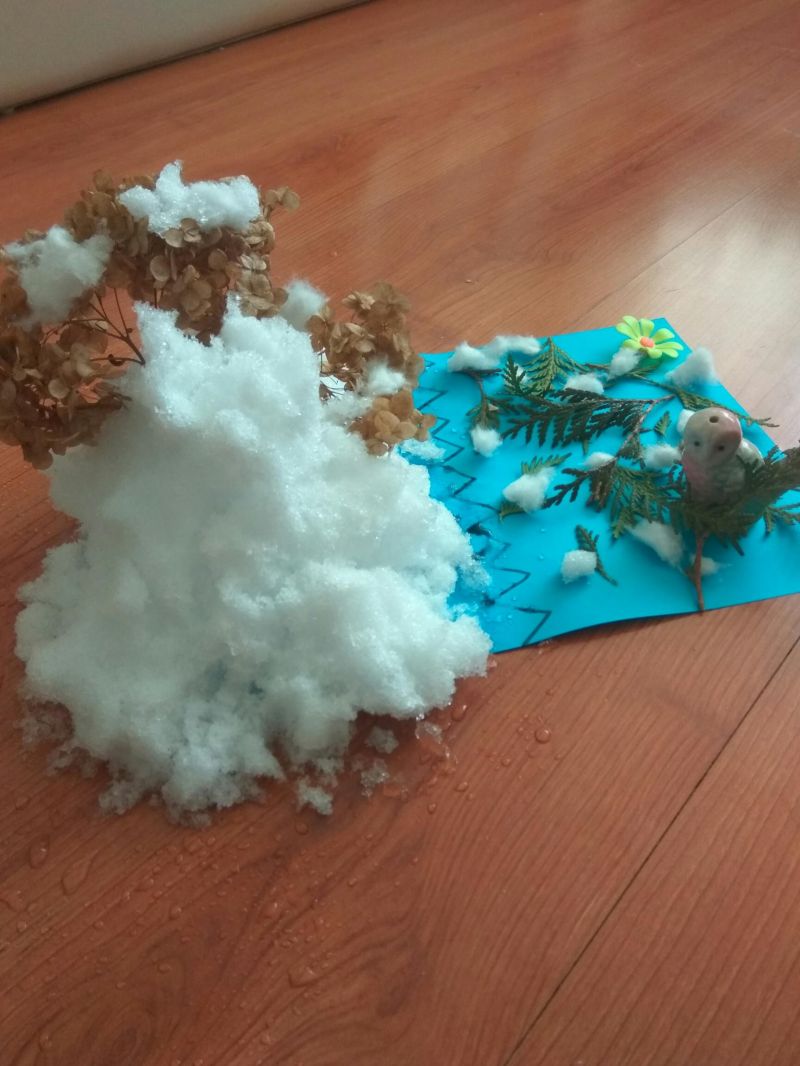 Climate change remembered by grandparents and parents.
The summers were very warm and dry, the winters cold, lots of snow and drizzle. There was a lot of rain in the fall. In the heat of summer, even for a week it was extremely hot and dry. It was very snowy in the winter so it was very difficult to get to school. Mom said it was still snowing one year during Easter. 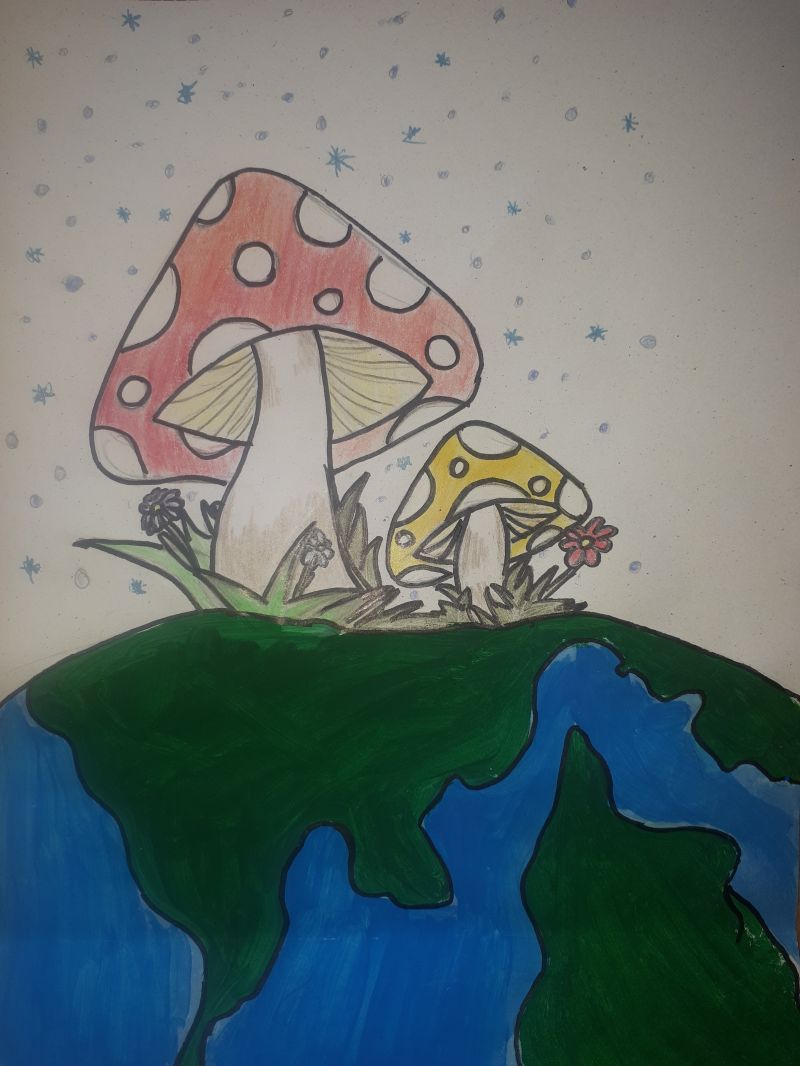 Different winters
In my climate change drawing I meant to show that nowdays the snow stays longer and it‘s colder. If we go a little back to the past year, there was almost no snow and the weather was warmer. Nowadays flowers start to boom earlier, snow comes like a shower, some parts of grass are really dry and more often catch fire. 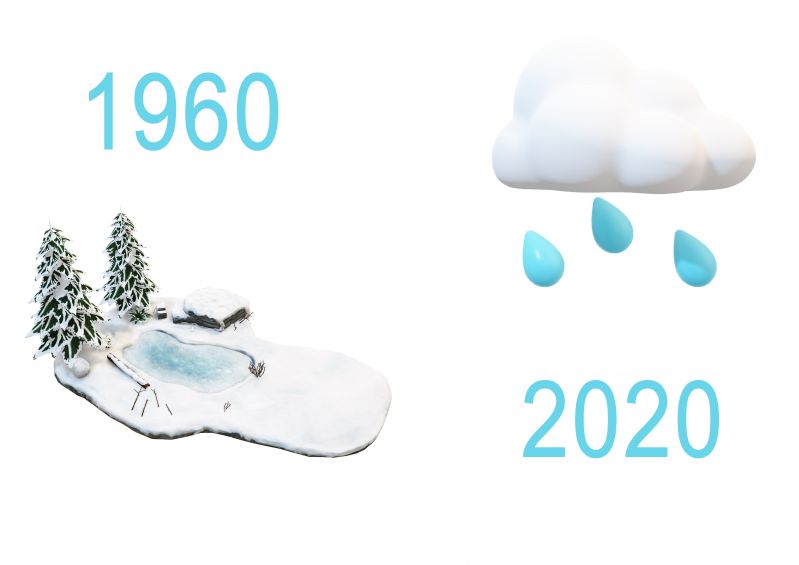 The weather used to be
In the past, the climate was cooler. Winters were very cold and there was a lot of snow. The snow only melted in the spring. Spring was cooler and with frosts even sometimes in June. Summers were warm, humid, and hot. In the fall it rained and was wet until it froze. 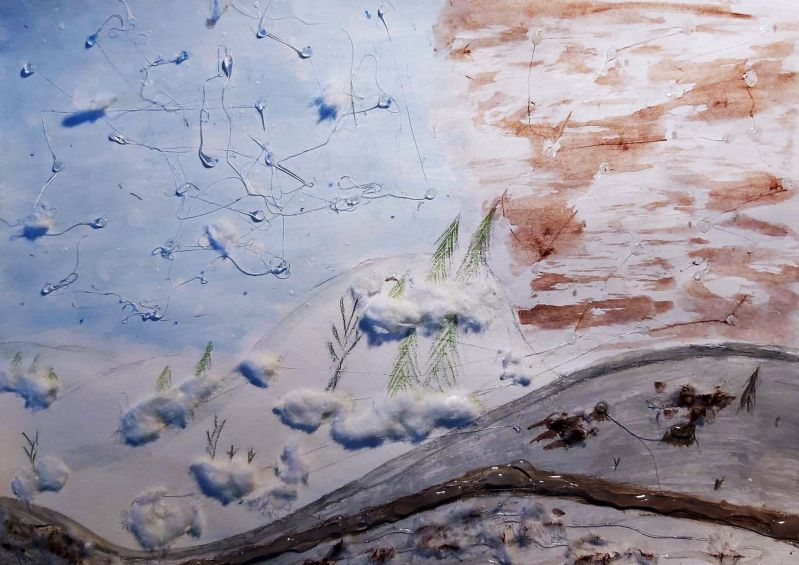 Human-cause climate change
Human activity is the main cause of climate change. People burn grass and trees. Effects that scientists had predicted in the past would result from global climate change are now occurring: loss of sea ice, accelerated sea level rise and longer, more intense heat waves. NASA is an expert in climate and Earth science. Earth's climate has changed throughout history. Increased heat, drought and insect outbreaks, all linked to climate change have increased wildfires. https://climate.nasa.gov/ go to this website to learn more about climate change and global warming. 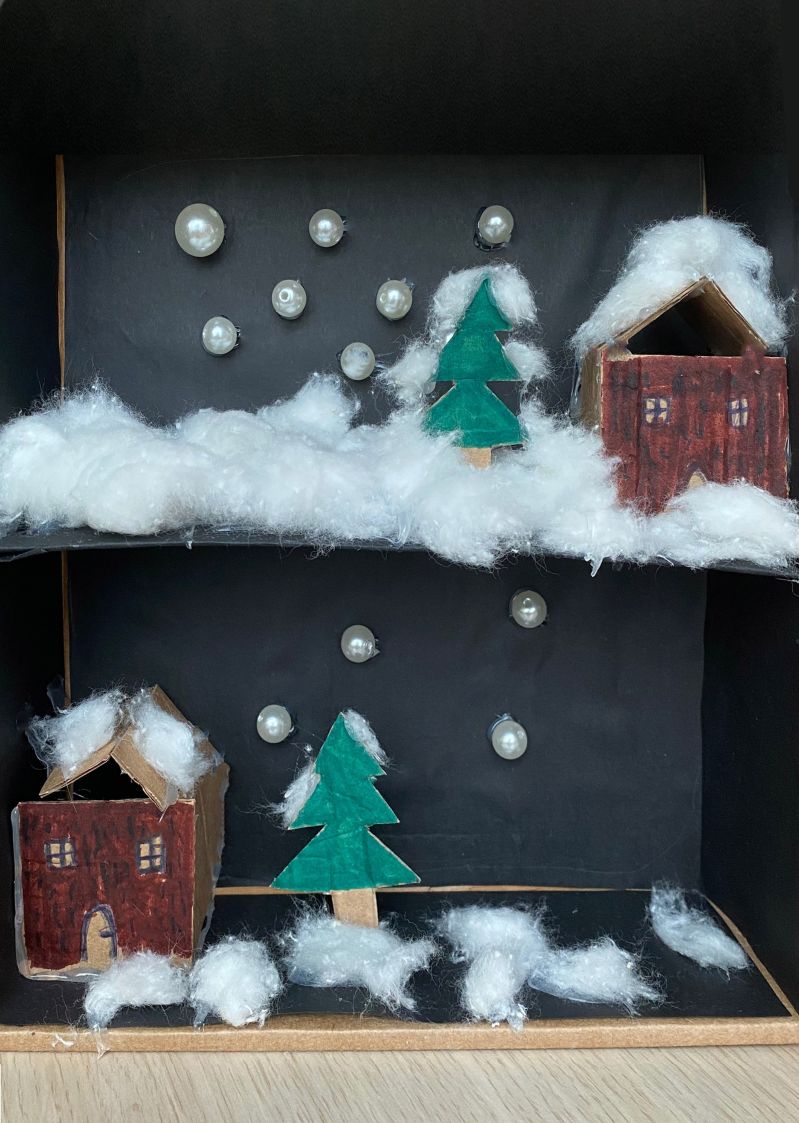 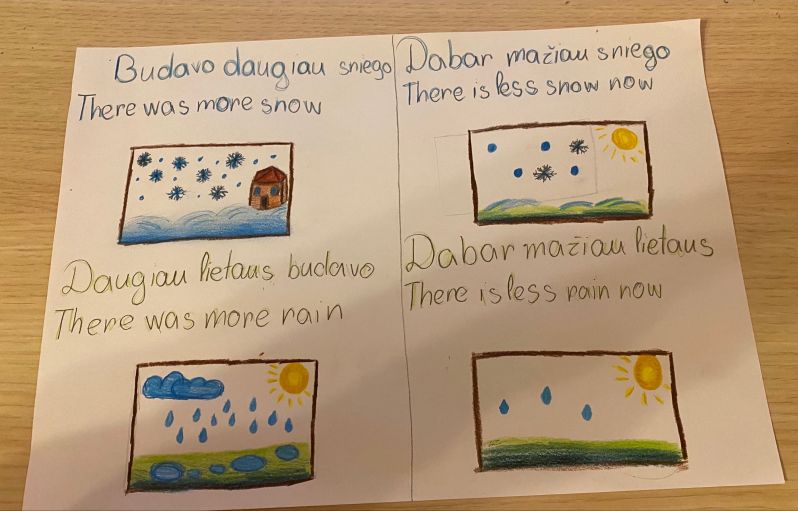